Swedberg Drug Changes with the times 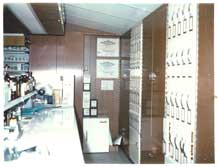 Swedberg Drug Made Many Changes Over the Years
Bob Swedberg continuously made improvements to his pharmacy to better serve his patients. Here is an example of an upgrade to the pharmacy that was made in the 1960's 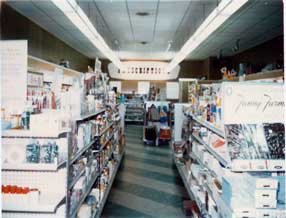 Variety and Inovation
Bob Swedberg did many innovative things to improve his pharmacy practice. He was never satisfied with "good enough" he wanted his drugstore to be better. This picture shows some of the major changes Bob made to the "front end" of his pharmacy. 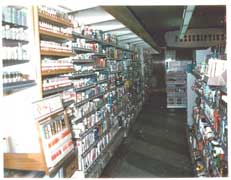 Cosmetics was an important part of the pharmacy business
Prior to the 1990's cosmetics was a major component of the retail pharmacy. The historical basis of cosmetics being linked to pharmacy goes back to the origins of pharmacy itself.

Back in the 1880's perfumes, the local druggist because of his training in chemistry made skin cleansers and make-up. The local druggist was trained in the art of compounding and combining various ingredients to make cosmetics as well as medications. In England a pharmacist is still call a "chemist". Back in the 1800's every drugstore had it's own line of cosmetics.

Eventually, mass manufacturing took over the cosmetic business. Pharmacists quit making their own brand but sold the pre-made cosmetics. Since people just associated cosmetics with the pharmacist, pharmacies were pretty much the retailer of cosmetics for over a century. 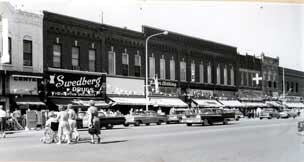 A photo of the first sidewalk days held in St. Peter. 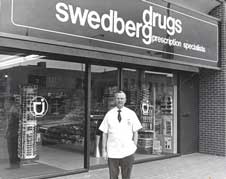 Bob Kept Upgrading his Pharmacy
Bob remodeled his pharmacy 7 time between 1955 and 1978. Thats one remodel every 3.3 years! Here is a photo of Bob standing outside his newly renovated pharmacy on Minnesota Avenue.